Kaolin – or china clay – is a white, hydrated aluminum silicate and it is one of Georgia’s largest natural resources. This clay material is alternately referred to affectionately as “white gold.” In fact, Georgia is by far the leading kaolin clay-producing state in the US and is recognized as a world leader in the mining, production, processing, and application of kaolin products. Kaolin is used in the paper industry, consumer packaging, ceramics industry, the construction & building materials industry, for filling rubber, in paints, inks, cosmetics, and other applications.

According to the U.S. Geological Survey, more than 8 million metric tons of kaolin...
Read More »

Recently a customer had an upset condition in their baghouse and, unfortunately, had no spare filter bags in their inventory. They called the Micronics Engineered Filtration Group looking for a quick delivery on filter bags to get their plant/production back up and running quickly. The Micronics team was able to manufacture the filter bags the same day and expedite the shipment to arrive the following morning. In less than 24 hours, Micronics was able to provide our customer with the trusted, high-quality filter bags they needed to get their baghouse back in operation and the plant back up and running. Speed matters, no doubt....
Read More »

Chattanooga, TN, USA – September 14, 2020 – The Micronics Engineered Filtration Group is pleased to announce that Glenn Hollis has joined the team as the Chief Financial Officer (CFO) of the business. Effective immediately, Glenn will have responsibility for Micronics’ global Accounting, Finance, Human Resources, and IT teams, who will now report directly to Glenn. 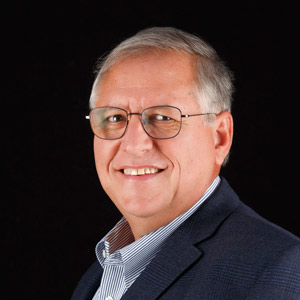 “I am very pleased to welcome a proven veteran like Glenn to Micronics’ leadership team. Glenn brings a strong track record of success in global manufacturing companies to Micronics. He is both a hands-on leader and a strong strategic thinker, and I believe his capabilities will complement and enhance our terrific Micronics team as we continue to improve in all aspects of the business to better and more nimbly...
Read More »

In this blog, we will examine the cement industry and dust collection needs and the benefits of planned maintenance outages. Cement plants rely heavily on dust collection systems for a variety of processes in their plants including kiln baghouses, alkali baghouses, and clinker coolers. Cement producers must comply with strict emissions control standards, NESHAP (National Emission Standards for Hazardous Air Pollutants) Requirements.

Chris brings 27 years of manufacturing expertise with highly-engineered products to his leadership role at Micronics. Prior to Micronics, he has held senior leadership roles including President, COO, SVP – Global Operations, and General Manager for a range of diverse, privately held and public companies including Danaher Corporation, Colson Group, Symmetry Medical, and Abaco Systems.

His areas of expertise include Lean...
Read More »

Southern Filter Media & the Micronics Engineered Filtration Group frequently talk with our valued clients about the importance of keeping up with your Routine Baghouse Maintenance & Inspection Schedule for risk mitigation & optimizing the performance of your baghouse.

A Regular Baghouse Maintenance & Outage Schedule is as important as ever, even in these unprecedented times.

We have been closely monitoring the changing situation regarding the coronavirus (COVID-19) pandemic and wanted to update you on what we are doing to mitigate risk and ensure less disruption to our customers’ baghouse operations.

Our TWO filter media manufacturing plants are CURRENTLY fully operational and capable of producing the same high-quality filter bag products to lessen any potential risks to you.

The Micronics Engineered Filtration Group excels in the manufacture of high-quality, high-performance filter media for a host of dry filtration applications such as air pollution control (APC) and the reliable reduction of emissions for steel mills, non-ferrous metal production, and foundries. Southern Filter Media (SFM), has a state-of-the-art filter media manufacturing facility in centrally-located Chattanooga, TN that allows us to provide you with just the proper filter media for optimal dust removal in metallurgical production facilities.

Choosing the correct filter media for your operation is critical to minimizing downtime and optimizing baghouse performance!

CHATTANOOGA, TN – May 16, 2019 – The Micronics Engineered Filtration Group is pleased to announce the opening of a dedicated new filtration media facility in Chattanooga, TN. The facility, nestled within the textile manufacturing hub of the United States, is dedicated to high-quality liquid and dry filtration filter media products. It is located at 1201 Riverfront Parkway, right in the heart of Chattanooga.

PORTSMOUTH, NH, USA – October 25, 2017 – The Micronics Engineered Filtration Group is pleased to announce the expansion of its filter media manufacturing capacity through a dedicated new facility in the La Angostura Manufacturing Community in Saltillo, Mexico. The new facility, located approximately 160 miles southwest of the U.S. border, complements Micronics’ existing filtration media manufacturing facilities in the northeastern and southeastern parts of the U.S.

The plant in Saltillo, Coahuila is a 30,000 square feet, state-of-the-art facility that employs a responsive, customer-focused, full-time workforce and all new manufacturing equipment, with a focus on both woven filter fabrics and non-woven felt fabrics, depending on our customers’ precise filtration application needs. The Micronics Engineered Filtration Group has conducted extensive cross-training and implemented identical manufacturing processes in our Saltillo and U.S. plants to ensure the consistently high level of quality our customers have come to rely...
Read More »